I Am A woman- A Reflection

International Women’s Day campaign theme for this year is #choose to challenge. You can click here for further information https://www.internationalwomensday.com

Communities and individuals worldwide are being encouraged to challenge, because “from challenge comes change”.

The Suffragette movement challenged a world which was male-designed and male-dominated.  Contrary to popular belief, they didn’t desire to change the world, they simply wanted to be an equal part of it.

It seems quite incredible that in the 21st Century, women are still facing the challenge of striving for choice, striving to just be an equal in a modern world.

Women still face challenges to be part of a world which too often excludes them from participation. Freedom of choice should be available in equal measure. Everyone should have the freedom to choose their own life path, unrestricted by any differences in sex or gender.

I am a woman.  How do I know this?  Because, late on a warm Sunday night in the month of May in 1962, a medical professional told my mum “it’s a girl”.

Bless her, she dutifully brought me up according to the script.  She dressed me in frilly clothes and pink booties. My pram blanket is soft and pink, with a poodle embroidered on it (I still have it, lovingly preserved and wrapped in tissue paper). 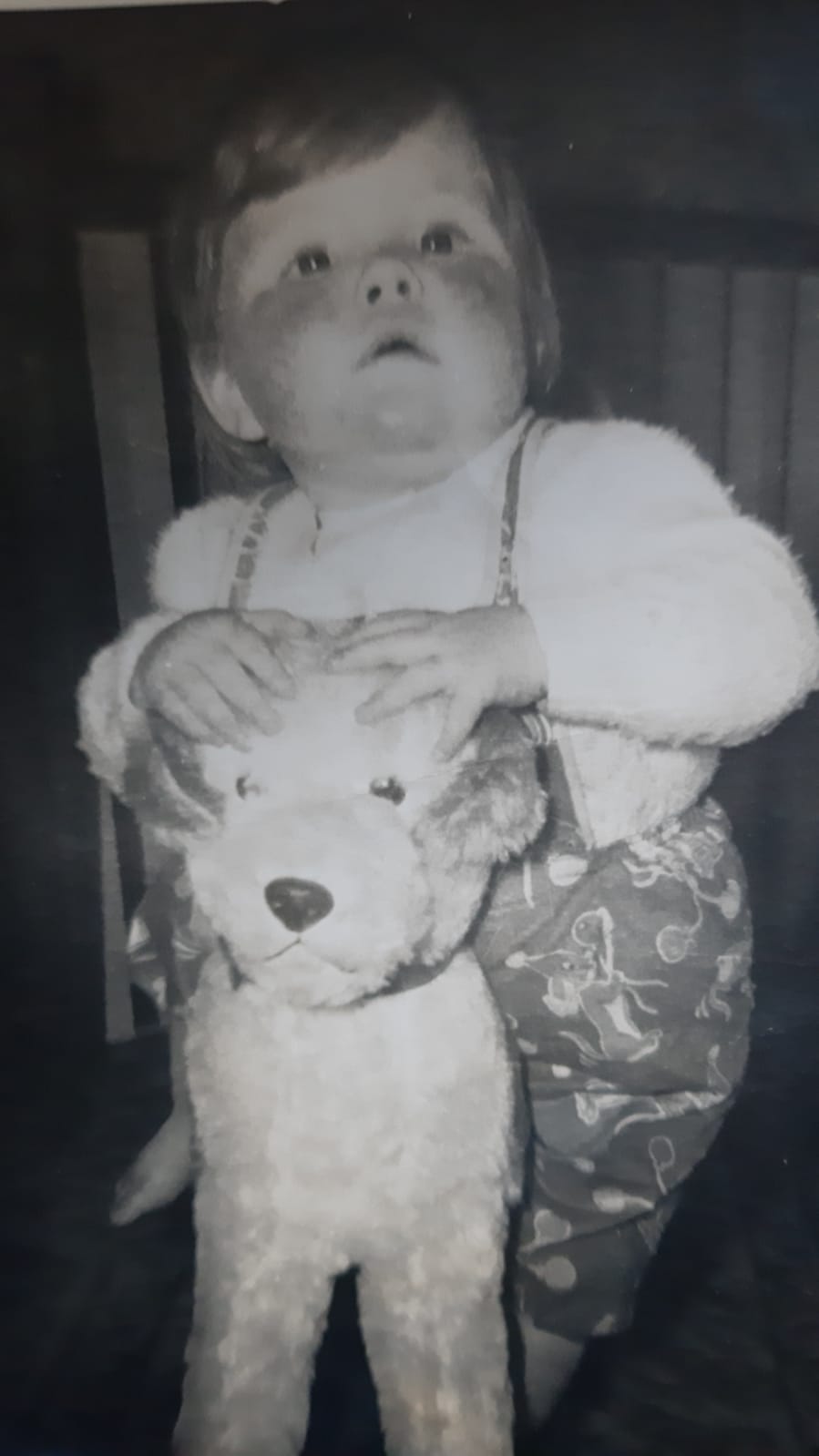 As I grew up, she gently encouraged me into the ways of “being a girl”.  I had a splendid Silver Cross dolls pram, with all the attachments – frilly white sunshade, navy blue handle-bag etc.  I had dolls. Dolls that cried, dolls that wet themselves, dolls that even talked and walked.  She set my hair in rollers for when I went to birthday parties – I resembled Shirley Temple.  Was she cruel? No, she was simply following the script.

Someone at my secondary school followed the script too – I was enthusiastically enjoying studying French and History (and I was quite good at it too), when one day I was told that I had to “drop” these subjects and I was being put into the “typing and office practice” class, to gain “employability skills”.

To this day I have no idea who made that decision, but it certainly wasn’t me – I was not given any choice, I just found myself learning typing and office practice for the next two years!

I can’t complain, I excelled at it, and eventually mastered the art of typing at over 120 words per minute and that stood me in great stead for a “career” which eventually took me to work in a prestigious firm in Westminster.  However, it wasn’t my choice, it was somebody else simply following the script for my “employability” options.

As I grew into adulthood, society itself began to teach me much more about what it means to “be” a woman.  I have on many occasions challenged that script.

On sunny days, when I pull into a roadside café to grab a coffee and stretch my legs, men come up to me and admire my Kawasaki and tell me of their exploits on motorcycles in their youth. They always ALWAYS make some comment about it being unusual to see a woman riding a motorcycle and ask me how I manage it.  “Isn’t it heavy?” They ask – and I go into detail about its aluminium latticed frame; then comes “what happens if you drop it, can you pick it up?” (could YOU? I think to myself!).  It’s just a script, predictable; I’ve got used to giving the mundane responses! 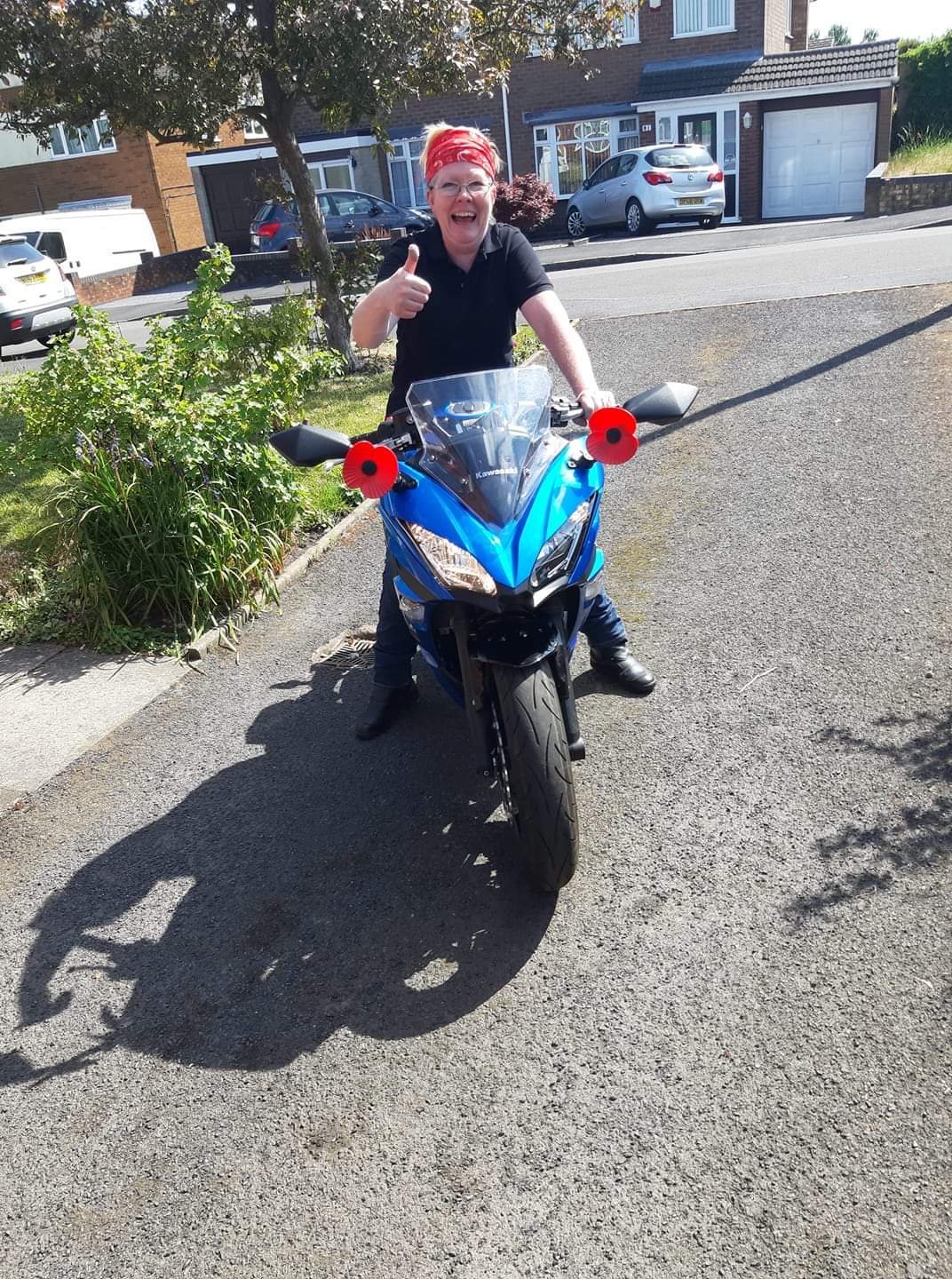 You may (or may not) be surprised to hear, that in those roadside café carparks, women NEVER ask, they just accept it for what it is – a human being riding a darn classy motorcycle!

In this, I am extremely fortunate. For, throughout other parts of the world, there are many things that a woman is not entitled to do.  A woman may be capable of doing those things, and some women challenge and fight their way into being able to do those things – but should they have to? Should a woman always have to be a challenger? Should it be this way?

As International Women’s Day approaches, inequality, prejudice and discrimination is yet again highlighted.  On 8th March, there will be global celebration of the social, economic, cultural and political achievements of women. There will also be a CALL TO ACTION to raise awareness of women’s equality and to lobby for accelerated gender parity.

Click on this link to find out more https://www.internationalwomensday.com/About

Despite the need for continued lobbying, we must of course acknowledge and celebrate that there is plenty of equality, within industry and professions for example, where women are very much a part of the workforce.

Here in Cannock Chase, the forestry workforce welcomed its very first female apprentice in 2013.  Kay Clark went on to become a Community Forester and is now on her way into Forestry Management as she completes her Masters qualification later this year.  In a recent blog, it’s amusing to hear Kay explain that, on her arrival into the Cannock Chase forestry workforce in 2013, a female toilet facility had to be installed! Click here to see the full story https://www.forestryengland.uk/blog/women-in-forestry

This was in 2013 – not the dark and distant past, but less than ten years ago! Although 40% of the forestry workforce in the UK is now female, Kay’s story demonstrates how slow certain industries have been to actively promote equality within their workforce.

In technology industries, women in the past have played an invisible but important role. In the “Space Race” of the 1960s, NASA engineers built the machines which eventually took humans to the moon.   It was women who worked invisibly as human “computers” solving complex equations needed for those engineers to work out trajectories so that the Apollo capsule could be returned safely to earth.

These were young women, with Degrees in mathematics, but they were not employed as engineers, simply as calculators.  One woman challenged the unfairness of this – the men employed as engineers also had Degrees in mathematics! But the women were overlooked for that role.  She successfully challenged this inequality and went on to be involved in the leadership of a NASA team of engineers who successfully minimised the sonic boom of supersonic planes - a problem of the day.

It’s true, the level of equality is very much better now, but for women all over the world the freedom to have personal choice is still not a reality, and it is still necessary to #choose to challenge.

International Women’s Day is 8th March 2021; if your community group is planning an event in support, please get in touch and we’ll be pleased to promote it.