Several years ago, when researching my family tree, I obtained several documents that showed “the mark of” rather than a signature of my ancestors. It came as something of a surprise as it was only the mid 1800s. it never occurred to me that it would be quite common in that era that many people could not read or write, and yet in the early 1800s 40 percent of males and 60 percent of females were illiterate.

Fast forward to 1900 only three percent of the population could not read or write.

Now, just one percent of the population can’t read or write. Whilst that might seem like a relatively acceptable figure it still means that approximately 630,000 people have problems with basic literacy. 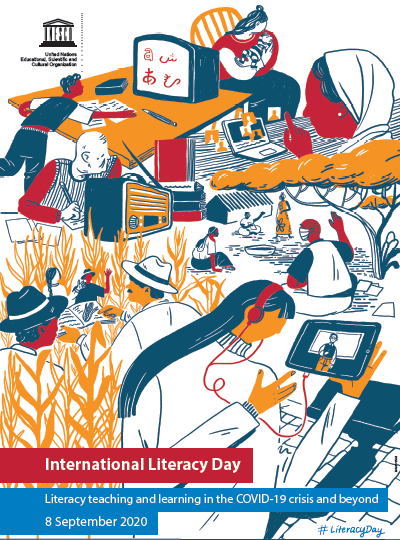 To put that figure in some sort of context the 2011 census showed that Cannock Chase district had a population of just over 97,000.

The figures for the so-called developed world broadly mirror UK figures at 97 – 99%, yet despite the massive strides made in many countries UNESCO estimate that about 773 million adults worldwide lack basic literacy skills today.

Again, for context, the approximate population of the USA in 2020 is 331 million.

Over 75% of those who lack basic literacy skills are from South Asia, West Asia and Sub – Saharan Africa and whilst it is often assumed poorer countries have lower literacy rates, it does not always follow: India is the 6th largest economy in the world and can only boast 91% literacy rate.

Those who face literacy issues cannot achieve their full potential in life and therefore contribute to the growth of the country and a more sustainable society.

With regard to the local position here in Cannock Chase, the District Needs Analysis report for 2019/2020, available on the Cannock Chase Council website, looks at the level of deprivation within the district. Whilst it doesn’t give literacy details specifically it indicates that in terms of education, skills and training, Cannock Chase is ranked 37 out of 317 local authorities for education deprivation where 1 is the most deprived, and 317 the least deprived. It’s hard to imagine that this level of educational deprivation is not reflected in our local literacy figures.

The focus of this year's International Literacy Day is the impact of Covid 19 on literacy teaching and learning, particularly the role of educators and the methods they use going forward.

During Covid-19 many countries' adult literacy programmes were missing from the initial educational response, those that did exist were either suspended or reduced in scale.

The challenge going forward is how to deliver literacy programmes in countries that are being ravaged by Covid-19.

Failure to rise to the challenge will hold back the fight to improve literacy which in turn will impact on the development of some of the world’s poorer countries.

For further information on literacy and to access support, including for adult literacy, the following resource may be of use: