Shopping, Football and Domestic Abuse; The good, the bad and the ugly? - Chase Independents Skip to main content

Shopping, Football and Domestic Abuse; The good, the bad and the ugly?

The current Covid-19 crisis has brought significant changes to people’s lives, with some couples and families facing not only the tensions of lockdown and home schooling their children, but also loss of income, and in some cases loss of jobs. This has raised concerns for the victims of domestic abuse, who may be finding it increasingly difficult to speak out. 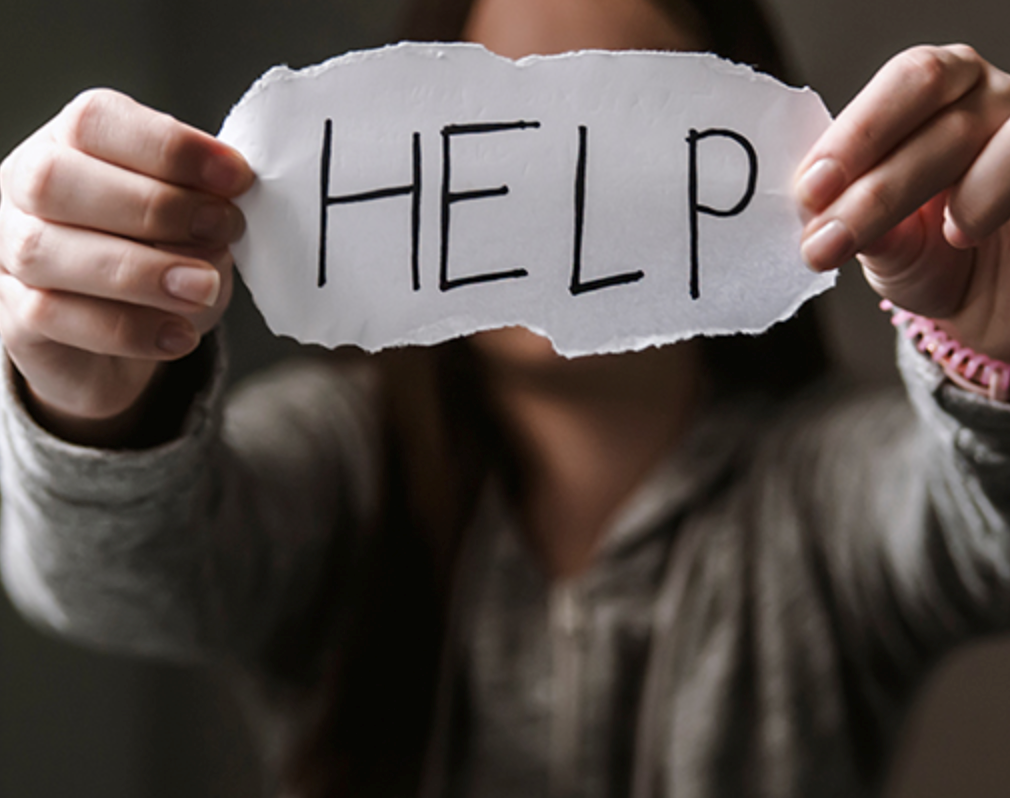 Head of safeguarding for the force, Detective Chief Inspector Paul Cooke, said: “Domestic abuse has long been recognised as a ‘hidden harm’ but it is especially true right now - with people spending more time at home.

“At home shouldn’t mean at risk and I want to reassure anyone who may fear reaching out for help during this time, that normal process still applies. This includes securing Domestic Violence Protection Orders through the courts which, if granted, can have a number of provisions including preventing the abuser from coming back to the property for 28 days.”

Many football fans will have been rejoicing this week with the start of the football season, but research has shown that incidents of domestic abuse rise sharply during major football tournaments by up to 25 per cent.

Cannock Chase Community Safety Partnership are working with Staffordshire Police to send out the message ‘Let’s show domestic abuse the red card’ with a new campaign called ‘Football is coming home’. The message is that it’s not football that is to blame but people who become violent and vent their anger on those closest to them, including their children. 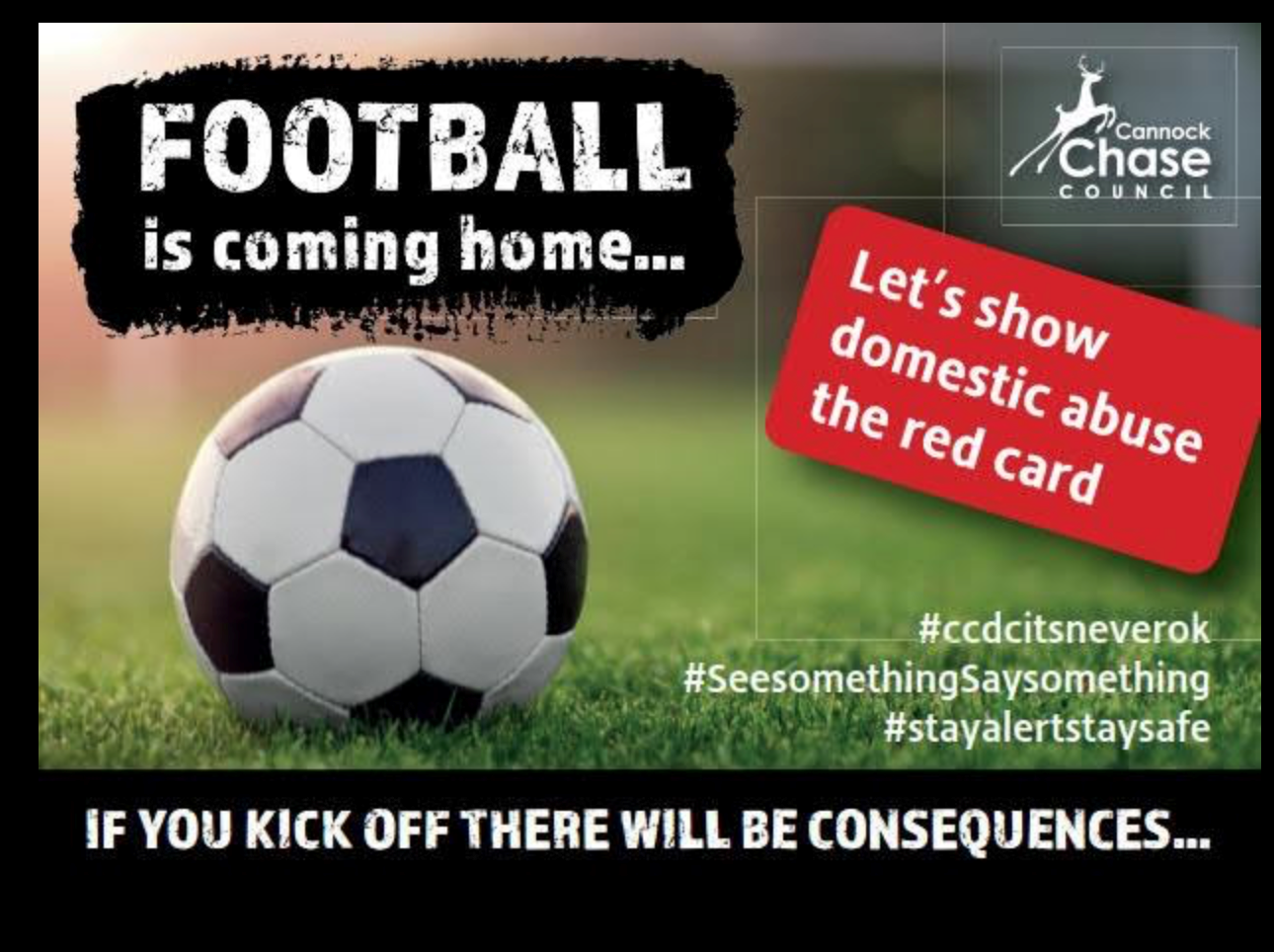 Despite the Covid Crisis, there is still support and protection available to victims and it’s important that victims aren’t left believing that ‘lockdown’ means they are trapped in a dangerous situation. Police will not consider that someone escaping abuse as a breach of lockdown conditions.

As a Councillor, and someone who has witnessed the consequences of abusive relationships; I feel that now more than ever we should be supporting the services that provide essential help for victims of abuse, particularly during these difficult times. We can all raise awareness by sharing the ‘Football is coming home’ campaign on social media, but there is more we can do to make a difference. Staffordshire Women’s Aid can be supported at no cost to ourselves by simply shopping online using their ‘easy fundraiser’. You can find details of how to use that here;

Every time you shop online with various well-known retailers, you’ll be raising much needed funds for this charity that has been providing domestic and sexual violence support to local people since 1976. 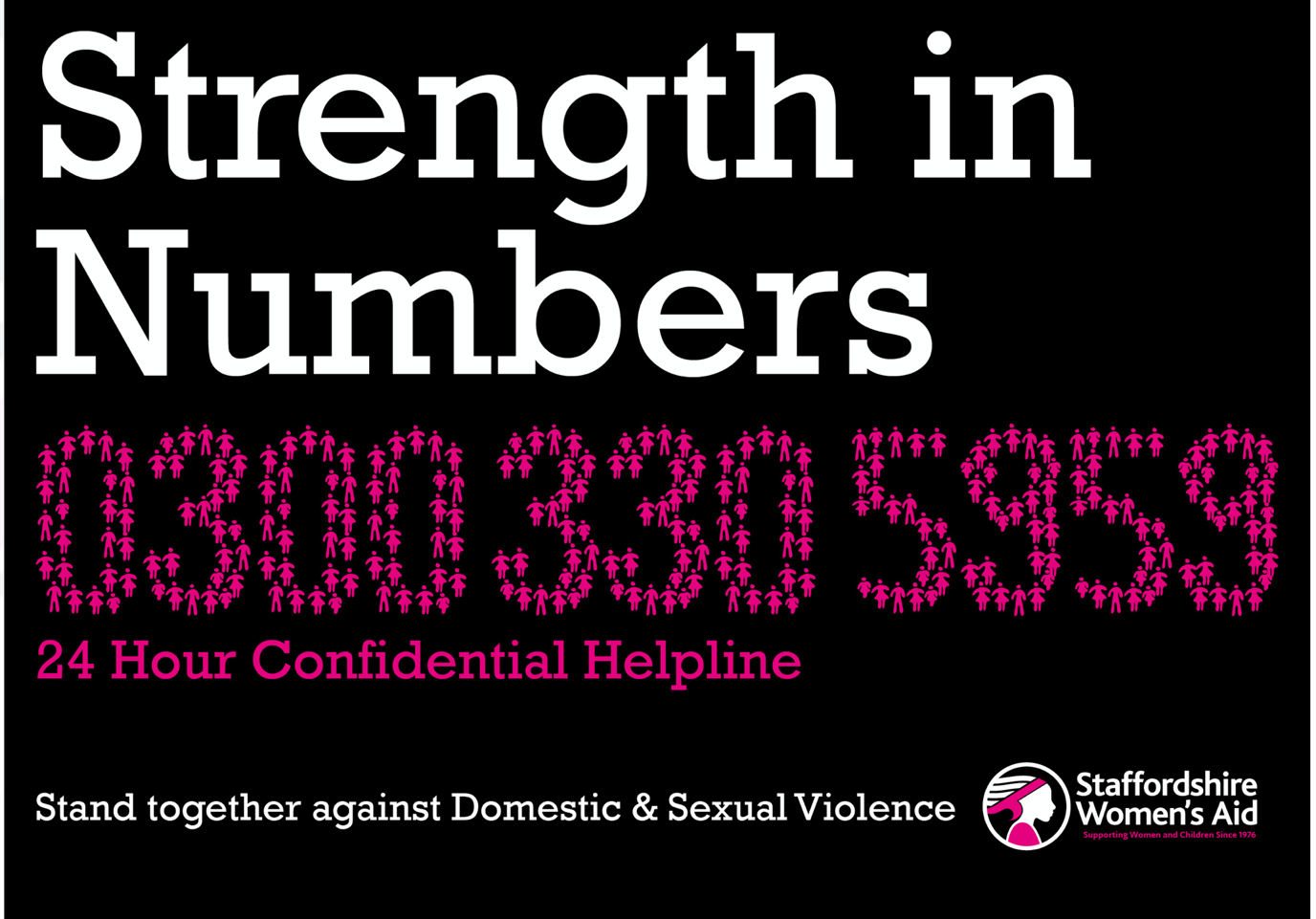 Hopefully this summer, we can all enjoy the football or the shopping; but if you need help or know someone that does, support is available from the following services;

Staffordshire-wide support for victims and their families:

Localised support for victims and their families:

National support for victims and their families:

Staffordshire-wide services for perpetrators wanting to change their behaviour:

Localised services for perpetrators wanting to change their behaviour:

Not just about the politics! But mainly I am. Chase Independents Councillor Cannock North plus a few other things.