It’s National Tofu Day! Don’t look so underwhelmed. You may be wondering how this controversial nondescript ingredient has earned a special day of it’s very own? It has long held a bad reputation for being bland, boring and tasteless. But tofu, much like life, is what you make of it.

I’ll own up to being completely fanatical about tofu. I don’t just like it, I LOVE IT! Tofu will always hold the top spot in my somewhat fickle Top Five favourite food list and I’m here to give you the lowdown as to why it’s the best thing ever. 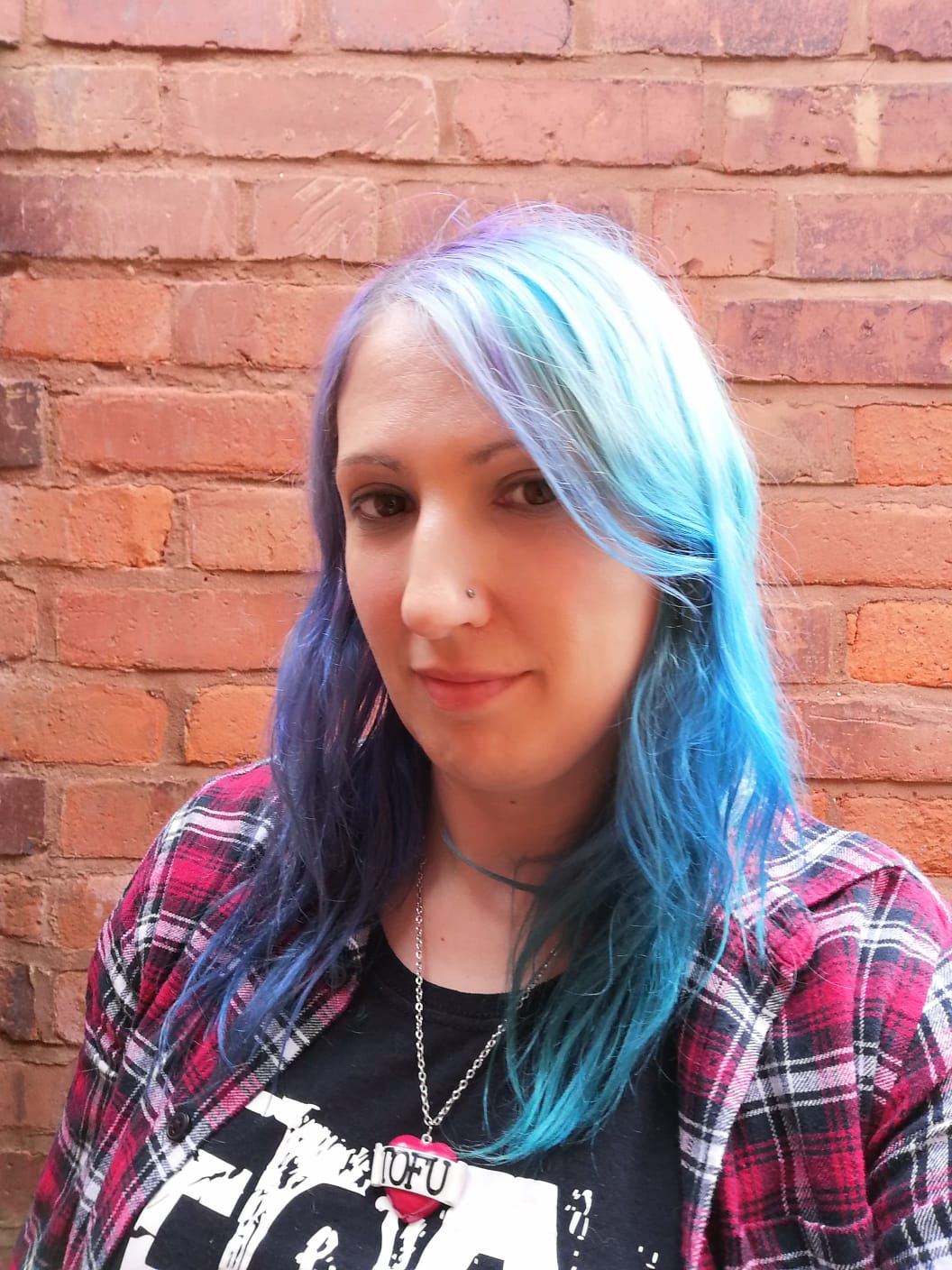 “So tofu, that’s made of soya beans, right? Isn’t that the reason they cut down all the rainforests?”

Soya has been a victim of its own success. It’s cheap, nutritious and easy to cultivate but only 6% of soya is made into products for direct human consumption such as tofu, soya milk and soy sauce. 75% is grown to produce animal feed and in a consumer driven world farmers have found that it’s high protein content contributes to faster animal growth and quicker turnaround. Every year 30 million tonnes of soya are imported into Europe purely for livestock from areas totalling around 18 million hectares across the Americas. Even if the human consumption of tofu and soya products increased dramatically it would still nowhere near match the amount utilised by the animal farming industry and would reduce the impact this has on the planet. And that can’t be a bad thing.

There is a myth that soya contains oestrogen, the female hormone, and therefore it is bad for men’s testosterone levels or would cause them to grow breasts. This is entirely false. What soya does contain is phytoestrogens which are oestrogen-like compounds found in plants but are much weaker than the ones found in the human body. Most people are happy to consume dairy milk which comes from an animal that has recently given birth and is intended for their calf so I’m not sure why the threat of hormones in plant based foods are so much of a worry to them.

“I wanted to tell you a joke about tofu, but it’s a bit tasteless”

Tofu has a bad rep for being plain and uninteresting, but who eats anything without preparing it with accompaniments, sauces, marinades or spices first? Tofu is extremely versatile. It can be made into cheesecakes, wrapped in seaweed and battered to make an alternative to fish, mixed with black salt and turmeric to mimic scrambled eggs or just drained and baked to add to curries, stir fries or salads. Tofu is usually sold in liquid which needs to be pressed and drained out before using but I have found I can skip this step by throwing cubes of it into an air fryer. Some invest in a tofu press but a chopping board, a heavy weight and a chopping board will do just fine. 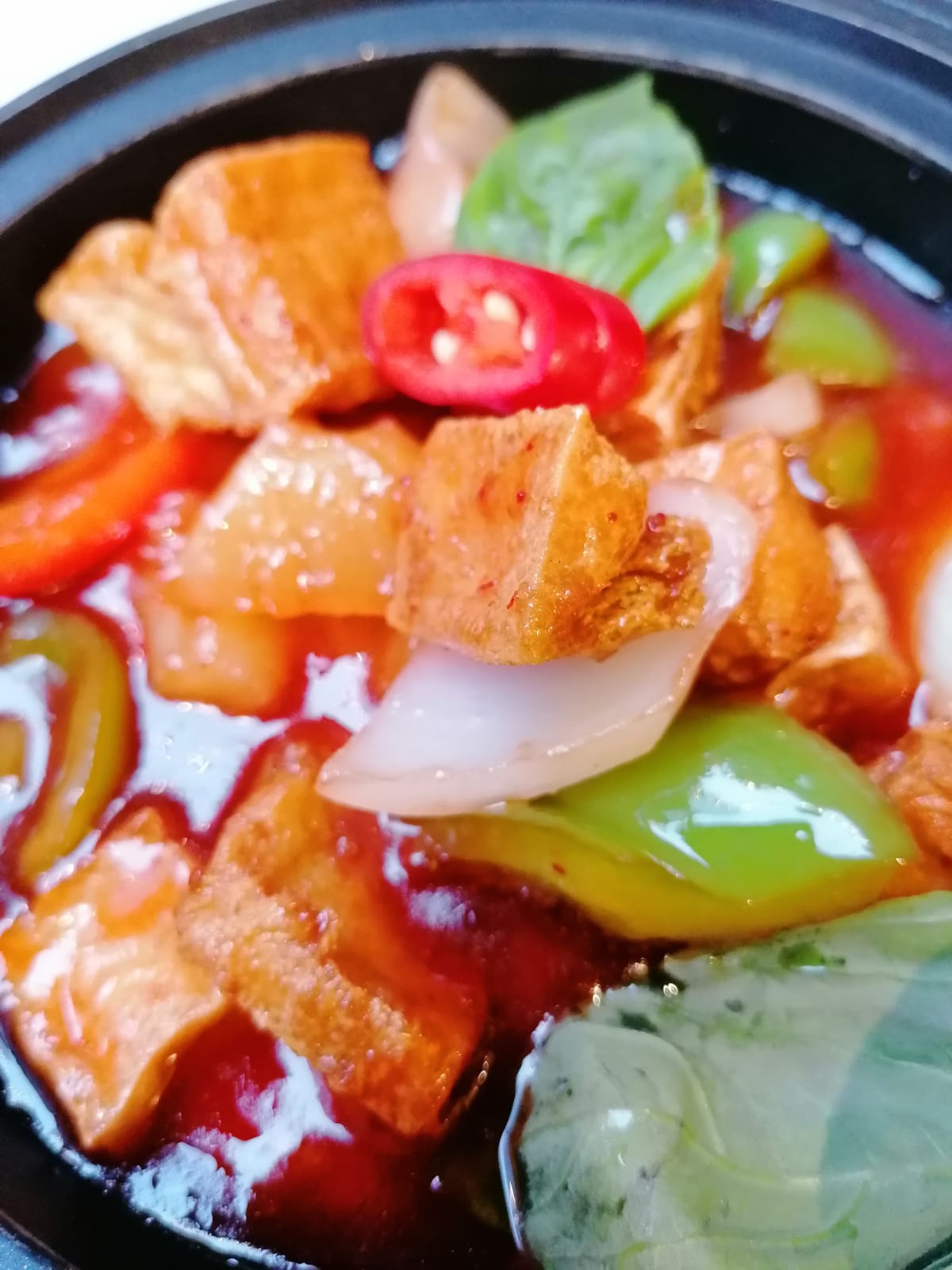 So are you tempted to give it another go? The easiest way to try tofu is to add it to a curry where all the flavour is already there in the sauce and it doesn’t matter too much about draining it well. A quick recipe.

● Heat 1 tbsp dairy free spread in a saucepan.
● Add 1 large chopped onion, 4 cloves of garlic and an inch of grated ginger and saute until the onions turn translucent.
● Add 3-4 tomatoes (or a can of chopped tomatoes) and 25g cashew nuts (or a couple of spoons of peanut butter). Cover with a lid and simmer, but stir frequently, until the tomatoes have reduced to a pulp. Add 1tbsp coriander powder, half a teaspoon of turmeric, 2tsp of garam masala and 2 tsp of paprika and cook for a further 5 minutes. Turn off the heat.
● Carefully pour out the mixture into a blender. Or, if you have a stick blender, use that. Add a cup of water or vegetable stock and blend into a smooth paste.
● Pour the sauce back into the saucepan. For an even smoother texture to your sauce, you can strain it.
● Add 1tsp of sugar and stir well. If the sauce looks too thick, you can thin it out with more vegetable stock. Bring the sauce to a boil over medium heat.
● Add a block of tofu cut into half inch cubes cubes, season with salt, bring back to a boil, and continue to cook, covered for another five minutes.
● Turn off the heat and serve hot with naan or rice.

If you’d like to take things a step further and begin to cut down on meat then there are many resources to guide you in the right direction:

Meat Free Monday is a not-for-profit campaign which aims to raise awareness of the detrimental environmental impact of animal agriculture and industrial fishing. The campaign encourages people to help slow climate change, conserve precious natural resources and improve their health by having at least one plant-based day each week.

Veganuary is also a not-for-profit campaign that encourages people worldwide to try a vegan diet for January and beyond. You can do your month anytime, mine was in July 2017 and I have been vegan since. I did attempt it in the previous January but the 1st of January is generally not a great time to start anything as the shops are limited.

If you’re looking for more local tips and information then the Cannock Vegans and Vegetarians group on Facebook has plenty of people willing to offer friendly advice.